We offer two film and television studios, Street Set and a comprehensive range of production facilities close to central London and inside the M25.

Under new management, we have recently seen great change with improvement works including roofing, production office refurbishment and a site-wide power upgrade that brings facilities back in line with the country’s leading production bases.

Our new look Studios have already played host to productions from Working Title, MTV, English National Opera, Nothing But Fiction Films and we’re sure it will make an ideal home for your next production.

All studio hire and filming enquiries are handled exclusively by The Collective. To bring your production to Wimbledon Studios call Emily on 07494 858518 or email emily@location-collective.co.uk today. 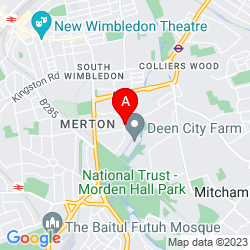